Washington, DC – ATIS and the Secure Telephone Identity Governance Authority (STI-GA) today announced release of the STI-GA 2020 Year-End Report, providing an overview of the technical and policy accomplishments of the STI-GA.  The STI-GA is an industry founded and industry driven body that, through diverse industry leadership, is working to mitigate illegal caller ID spoofing.

In terms of technical accomplishments, the STI-GA’s work is ensuring the SHAKEN framework is fully implemented, stable and ready for expansion.  Developed by the ATIS-SIP Forum IP-NNI Task Force, STIR/SHAKEN is the solution 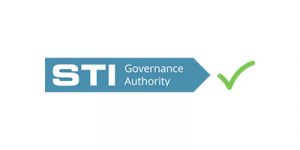 to authenticate caller ID that was first selected by the industry and later mandated by the FCC.  Implementing SHAKEN required continued development of the technical framework, the Secure Telephone Identity Policy Administrator (STI-PA) system, as well as approval of STI Certification Authorities (STI-CAs) that are required to assign certificates to authorized service providers (SPs).

Using the STI-PA system to verify SP authorization and test SP implementation capabilities, a total of 74 SPs had been cleared to join the STIR/SHAKEN ecosystem by the end of 2020. The FCC STIR/SHAKEN implementation mandate is set for June 30, 2021. Having so many providers register so early is evidence of the tremendous industry confidence in the viability and effectiveness of the SHAKEN solution and Governance Authority.

SHAKEN implementation was also advanced by the STI-GA’s approval of STI Certification Authorities (STI-CAs) that are required to assign certificates to authorized service providers (SPs).  Eight STI-CA’s were fully approved in 2020.

In terms of policy contributions, the STI-GA issued an updated Service Provider Code (SPC) token Access Policy. The SPC token is granted to service providers who qualify under the policy to participate in the STIR/SHAKEN ecosystem.  The STI-GA also issued its Revocation and Reinstatement processes designed to remove any bad actor service providers from the ecosystem.

Thus, in terms of both technical viability and policy, the robust SHAKEN framework is now ready for broader industry use and anticipated expansion in 2021, boosting the industry’s ability to mitigate illegal caller ID spoofing. Learn about the accomplishments of the STI-GA in the report.

About the STI-GA
The Secure Telephone Identity Governance Authority (STI-GA) is the industry-led effort to support the timely deployment of the STIR/SHAKEN protocol and framework.  The STI-GA Board consists of representatives from the following stakeholders:

Learn more about the industry-led STI-GA and its critical contributions toward combatting illegal robocalling.