Washington – ATIS’ SYNC Committee has reached out to the U.S. Senate and House of Representatives reiterating the urgent need to fund the deployment and adoption of Alternative Positioning, Navigation, and Timing Systems (APNT) in U.S. critical infrastructure, including the U.S. telecom industry.

ATIS notes that, as the U.S. Department of Homeland Security (DHS) has documented, many critical infrastructure industries, including First Responders and U.S. Government entities, depend upon GPS for precision timing from fixed locations and to support other systems/functions, including E9-1-1 triangulation and Assisted GPS (AGPS) that are used to find the location of wireless handsets. Critical infrastructure networks are susceptible to long-term disruptions to the GPS PNT delivery system because of vulnerabilities that are well known and 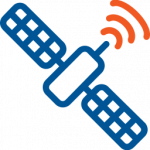 have been widely publicized. Numerous evaluations by the U.S. Department of Transportation (DoT), the DHS, the U.S. Department of Defense, and civilian entities have proven these vulnerabilities exist, and have suggested technical solutions. Most recently, the DoT concluded a demonstration of 11 candidate alternative PNT technologies and submitted its report to Congress.

ATIS SYNC supports the findings in the DoT report that there are suitable, mature and commercially available technologies to backup or complement the timing services provided by GPS. The Committee urges Congress and the U.S. Government to take the next steps by acknowledging that the U.S. critical infrastructure sectors are at risk and by providing funding for the deployment and adoption of resilient alternative PNT in the U.S.

About ATIS’ SYNC: Synchronization Committee
SYNC develops and recommends standards and solutions related to telecommunications network technology pertaining to network synchronization. This includes those functions and characteristics necessary to define and establish:

SYNC is examining GPS vulnerability and methods of GPS backup for time and frequency synchronization. Learn more about the work of SYNC.