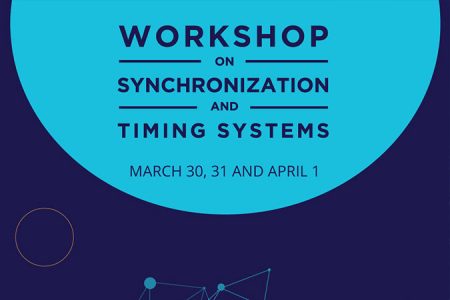 The 30th annual ATIS Workshop on Synchronization and Timing Systems (WSTS) has recently concluded — once again successful in its mission of bringing together the leading experts on these topics to share insights. WSTS helps attendees from across the globe keep in sync with the world of synchronization and timing systems.

A little event background: WSTS was founded in 1992 by Time & Frequency Expert Consultant Mark Weiss. Weiss is a well-known figure in the world of timing and sync. He is still chairman of the event today and a major driving force behind its ongoing success.

Due to travel restrictions, WSTS 2021 was a virtual event, but it was packed with almost five hours of content per day across three days, covering sync and timing for a range of industries. I presented on the first day in the main session that addressed synchronization in telecommunications networks. The session also included presenters from Ericsson, T-Mobile, Ciena, Calnex Solutions, Huawei, and Juniper Networks. My presentation covered the work we are doing with our partner Microchip on providing 5G-quality synchronization with optical timing channel-enabled vPRTC in real-world networks.

So, what were my main takeaways from the event?

Timing and synchronization impact a huge number of industries, not just 5G.

WSTS 2021 addressed timing and synchronization within the telecommunications, electrical power, smart cities, financial services, and data center industries. It also addressed the building blocks of solutions such as test and measurement, timing sources, security of network time distribution, GNSS time resilience, and network time distribution without GNSS. Mark Weiss even gave a keynote presentation and demonstration on deep space atomic clock capabilities along with Robert Tjoelker from NASA’s Deep Space Network team at the Jet Propulsion Laboratory. Overall, it was a very comprehensive few days covering a vast array of applications and industries.

For those of us in the telecommunications world, we often think that currently, synchronization is very focused toward mobile networks and 5G in particular. However, many other industries also require synchronization distribution. Some of these touch on the telecommunications world, such as upcoming smart cities initiatives and networks supporting power utilities. Others can perhaps be initially surprising, such as synchronization within a vehicle or an aircraft, but if we think of these networks as mini-telco networks with the same challenges that we see, then perhaps this shouldn’t be surprising.

To those from a non-sync background, the topic can sometimes appear to be a word soup of new terminology, acronyms, and standardization names. As a side note, Infinera has recently released an e-book on synchronization distribution in 5G transport networks that can help explain all this from an optical transport networking perspective.

But there is a good reason for this synchronization word soup – it’s a complex topic that requires a lot of standardization and control. As timing and synchronization are required to solve ever more complex challenges with ever-higher performance demands, the depth of understanding around the challenges involved and the methods needed to overcome them increases too. One of the challenges we face moving forward is trying to reduce this complexity from synchronization distribution networks, which is one of the goals of the vPRTC architecture.

It was interesting that multiple speakers, including myself, mentioned some of the newer challenges people are discovering as operators push for 5G-quality synchronization distribution over optical transport networks, such as the timing error challenges caused by OTN framing in transport networks. Mitigation methods exist, but it was clear that these deployments are still in their  early days. More needs to be done to educate the market on the range of options to overcome these challenges.

Warning, potential name confusion ahead for those of us from an optical background!

One very interesting presentation from Microchip’s Chief Scientist George Zampetti outlined the concept of collaborative clocks. Multiple clocks in a distributed network share metrology data, i.e., local measurements, to enable better clock performance within the cluster than is achievable by any clock individually. An example might be clocks within a smart city cluster. Importantly, these clocks do not run independently – they use coherency to run in tight association with their neighbors. One of the key elements that enables this capability is the emergence of advanced time and phase distribution over both fiber and radio technologies to provide the required high-performance interconnections. This creates the concept of a coherent timing network, which is totally unrelated to and shouldn’t be confused with a coherent optical network. Although, of course, a future coherent timing network could be underpinned by a coherent optical network!

In summary, WSTS was an insightful, expert-driven event that highlighted the complexity and depth of the topic of synchronization and timing systems and also the significant advancements that continue to be made to support the rollout of more advanced 5G mobile networks as well as networks to support a range of other industries. The topic is top of mind for service providers as they prepare their networks for advanced phase 2 5G services.

Jon Baldry - Director, Metro Networking, Infinera
As Infinera’s Metro Marketing Director, Jon has responsibility for strategic and technical marketing for the company’s metro access and aggregation portfolio in applications such as 5G in mobile networks and DAA in cable networks. Jon has spent over 25 years working in the telecoms industry and joined Infinera through the acquisition of Transmode in 2015, having joined Transmode in 2004. Prior to Transmode/Infinera Jon worked for Lucent Technologies and Sycamore Networks in a variety of engineering, sales and marketing roles. Jon is a Chartered Engineer and holds a Bachelor of Engineering Degree in Electrical Engineering and Electronics from the University of Manchester Institute of Science and Technology (UMIST).