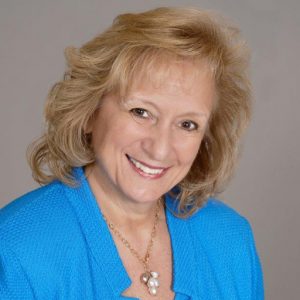 Susan is President and Chief Executive Officer of ATIS and has been in this role since 1999. She is credited with bringing an innovative, market-driven approach to the development of solutions and standards for the ICT industry and as a result, continues to expand ATIS’ reach and activities. Under her leadership, ATIS redefined the manner in which ICT business priorities are identified, and technical and operational solutions and standards are subsequently developed. Connecting the industry’s direction and ATIS members’ business priorities with needed solutions and standards has attracted a blue-ribbon Board of Chief Technology Officers, Chief Information Officers and senior executives.

Prior to her appointment as President, she served as the Association’s Vice President and General Counsel. In that capacity, she played an integral role in setting the direction and ultimate evolution as to where the organization is today. Before joining ATIS, Susan practiced telecommunications law at Weil, Gotshal and Manges.

In addition to her role at ATIS, Susan has served in a number of other roles including the American National Standards Institute (ANSI) Board of Directors; the International Engineering Consortium Advisory Council; member of the FCC’s Communications Security, Reliability, and Interoperability Council (CSRIC); and the Institute for Teaching and Learning Excellence at Oklahoma State University. She has also served on the U.S. delegation to the Third Generation Partnership Project (3GPP) and ATIS’ delegation to the Global Standards Collaboration. Susan is a graduate of Dickinson College and Catholic University’s Columbus School of Law.

In 2011, Susan made Billing and OSS World’s List of the 25 Most Influential. Previously, she was recognized by FierceTelecom as one of the “2010 Top Women in Wireline”.

Do NOT follow this link or you will be banned from the site!
We use cookies to ensure that we give you the best experience on our website. By continuing to use this site, you consent to these cookies.Ok